„Dalet” is a fifth full length installment in Schrottersburg (aka Płock – city in central Poland) output. Album presents persistence of vision in trio’s style and that is new wave and postpunk aesthetics with kraut rock propulsion enriched by echoes of psychedelia and industrial rawness. Add yearning vocals on top and you get a balanced mixture that keeps you hypnotized throughout 7 songs from the very beginning till the very end. Album is very cohesive as a whole, but also every song lives its own life as a autonomous entity. The lyrics are as deeply emotional as they are expressive and they complete the music perfectly. This album is being released in digital and physical formats as an effect of cooperation of four labels and we are proud to be part of this venture, as it was absolutely worth of our mutual effort as it’s worth of your time to listen to this amazing piece of music.
Limited LP edition of 300 copies, 180 g vinyl 12″ folded in sleeve and added insert out 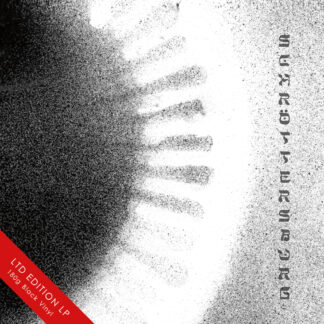