High quality branded chrome tapes.Urban Aira is a soundtrack to a city engulfed by oppressively torrid summer, a city governed by fatigue. Monachopsis is a soundscape air of which vibrates with fear, transgression and crime. A record on which a sultry city pulsates and flickers with sounds of dirge and jazz. If this album to be a soundtrack to a movie, a movie would certainly brim with gloomy Noir aura and aesthetics. Despite monolithic and organic nature of the album it encompasses a large spectrum of colors. Here listener will encounter ambient, jazz, sound loops and even fragments of glitch electronics.” 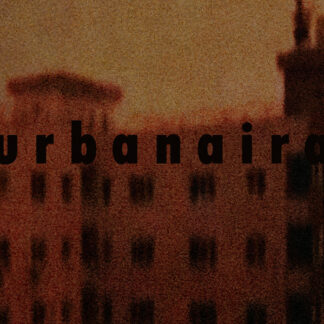