Scatmother is a name that will finally establish a mark in the history of German Noise & Power Electronics, being carved in the memory and mind of the morbid, a step further, even deeper. „Vivikta“ follows the footprints left by „Sadotantra“, the previous album, with its distinct blend of old school Power Electronics and heavy Industrial virtues. All this forces you, as a listener, to fall down on your knees and shake your head until you collapse in front of the sheer structure and aggression that is fully displayed here. Maybe less harsh and piercing than previous outputs but definitely more brutal and heavy.

„Insekten aus Glas und Metall“, the fourth track, for instance, sounds as if one person is vandalizing an entire room until nothing but dust remains. Juicy and odd penetration of the buttons from lower, more mid paced, disturbing levels up to the maximum and full force assault on the audial senses. Lyrically it focuses on a blend of Eastern Spirituality and deep ecology, and its concept is hostile and antagonistic towards humanity, praising the detachment of mundane life, an elitist and outcast lifestyle. It feeds on the figures and thoughts of Charles Manson, Julius Evola, Buddha and Ernst Jünger to reinforce its concept and inspire the creation of „Vivikta“. 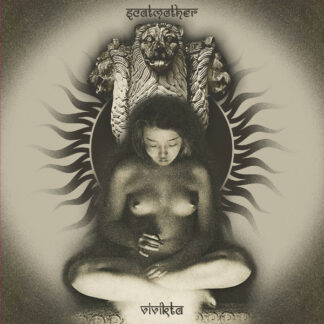