Brand new album from two former :zoviet*france: members Robin Storey (Rapoon) and Mark Spybey (Dead Voices on Air). This is the fifth album of their joint project which has been formed in 2006 and now gathers more and more attention from the audience which it really deserves. Obviously the duo is on its best creative form today and this work proves it totally. Delicate improvisational loop/collage technic which became a face of :zoviet*france: of its golden mid-80es era is brought here to a new level of sonic wizardry making a perfect balance between great operational technical skills and living breathing musical canvas. An absolute masterpiece of experimental electronic sound art which is far from both formal approach of concrete music and total lack of structure typical to pure improvisationists. Very recommended not only to :zoviet*france:/rapoon/dvoa fans but for much wider circles of true music lovers! This edition is limited to 450 copies and comes in a full colour digisleeve with two inserts. (Indiestate) Ewers Tonkusnt HHE 032 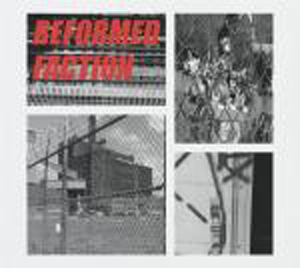