After the critically acclaimed (and almost sold-out) collaborative album with Evenomist, Jarl returns to Zoharum fold with the next release. It is the first in the series of albums collecting rare works of Erik Jarl known for his involvement with IRM and Skin Area apart from his solo work. His own compositions are an exquisite mix of static ambient with strong influence of drone, noise or post-industrial electronica in general.
This double CD is a reissue of two cassettes originally released by Abisko. They were recorded on a Fostex 8-track recorder. Both tapes sound very different. “Negative Rotation” is cold and monotonous, but with some changes in sounds that repeats themselves, while “Intensive Fracture” is improvised psychedelic floating noise. Both recordings were done with analogue synthesizers and analogue effects. This double CD also contains five bonus tracks from different compilations. 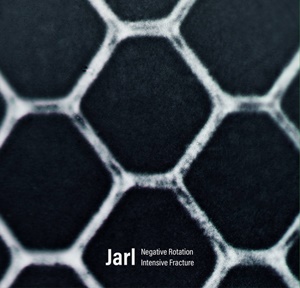