Chicago’s post- / ambient industrial legend is back with a work that combines electronic sounds and field recordings:
microscopic audio events, loops, heavily processed material of all kinds form seven multi-layered collages
that seem to be full of electro-magnetic static, morphing and transforming like a hallucinogenic object in every second and in all possible directions…
in all it’s subtleness this is far away from the shock treatment noises of the early IOS times.
‘New Rules, Same Game, Less Instruction’ is the first release of new IOS compositions since ‘Surrender’ in 2015.
Featuring extensive synthesizer source material as well as other now familiar electro-acoustic techniques
it is conceived as a follow up to the 1995 3” CD release of ‘Rules Of The Game’, alluding to the social, political,
and psychological games humans engage in for validation, survival, or dominance. New Rules, same game, less instruction, harsher penalty.
Illusion Of Safety now more than ever.

listen to one track from the album: 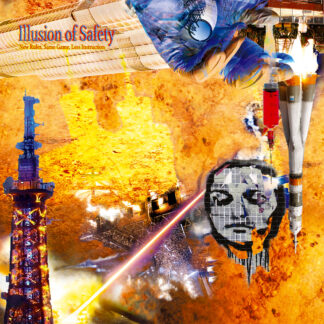