Digipack OEC was the label for the Folkstorm debut album and became in the years the main label for this Project ! We are very proud to offer now the pre-debut recordings and we are sure this will become one other Folkstorm and OEC classic ! After searching for an old Folkstorm recording in his vaults, Nordvargr discovered more unreleased material than he was looking for: old recordings from 1997 and 1998, all previously unreleased ! Now, after more than 10 years, these old recordings see the the light (?) of day. This is all harsh gritty old school Folkstorm (the one we like the more !), served up fresh and carefully remastered from the original analogue tapes. Also included are the four tracks that was intended to be released as a spilt CD with LHD. OECD 114 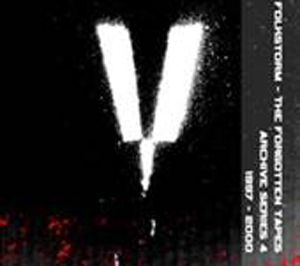