Black Series 31 – “UnoDos (Father/Rapture of the Deep) Ed. Of 400 numbered and signed copies each with an original piece of art by the band. Nothing could be finer than to be in Carolina…with a shimmering heap of home made percussion and a tall cool glass of squelchy tonal blur on the rocks. As promised, the south has risen again and seceded from the corporeal into the astral under the banner of Anakrid. This SC based trio forges with a metaphysical trigonometry, looking deep into the bowels of the ancient, long-form, experimental God-head, and yet turning in a full 30+ compositions, dumping the old skool “one drone per side” rule. The expansive anatomy of “Unodos (Father/Rapture of the Deep)” becomes a feverishly writhing, shifting, irresistible and sexy NILF (Noise I’d Like To Fuck). And who doesn’t like get it on when the moon is cascading in and throwing shapes that look like free jazz, while the air is hot with the stench of NWW and the cicadas are buzzing like old SPK?! The neighbours spy the psychedelic outline of the heaving Mauve Sideshow, which causes even the house of love itself to rumble right down to its Konstruktivits. Anakrid makes a passionately focused and dynamic racket. The studio itself is played like a Strad in the hands of a peyote pitched Janos Starker. Crisp layer upon crisp layer of succulent sound goes down sweeter than the sweetest key lime. Anakrid simply reigns, even more than the motorcycle boy?.(Beta Lactam Ring) check out here: http://www.myspace.com/anakrid 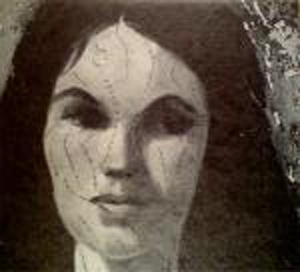