Ad Lux Tenebrae, one of the most interesting phenomena in Russian ritual/drone music, have proven themselves as uplifters of first-class ritual sound. Each of their few works, is the fruit of serious musical practices, long-term loneliness, and consequently, the identity, the roots of which can also be seen in an unusual tools and authors. Great powerful sounds from primeval Ural woods. To create music they use original musical instruments – bubens, handmade drums, blowing horns, flutes and other instruments which have no name made by the musicians themselves. The disc contains two live recorded rituals, each of them was played in this form only once and never will be repeated. “Ouroboros” was recorded with the assistance of a “Podonok”, known as a member of Ural project Nuclear Winter and co-author of the web-zine Twilight Shadow. Artwork by Artem Grigoriev. Sound design by 121 (Closing the Eternity/Velehentor). Limited edition of 200 copies! Infinite Fog Productions IF-37 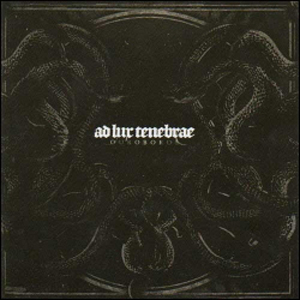