NEW RISEN THRONE – THE OUTSIDE – 2CD

Fourth chapter of a series that began with 2007’s “Whispers Of The Approaching Wastefulness” (Cyclic Law). A Conceptual soundtrack envisioning the evolution of a fictional story and of which will soon come a VR experience. After centuries of isolation the human race begins a journey in search of the causes that led to the end of its world, and for the first time it approaches the Structures, new life forms that have developed and evolved in the emptiness of “The Outside”. Through this cinematic landscape we find again the now well known and unique sonic approach to Dark Ambient by Stielh, one of Italy’s true master of the genre. 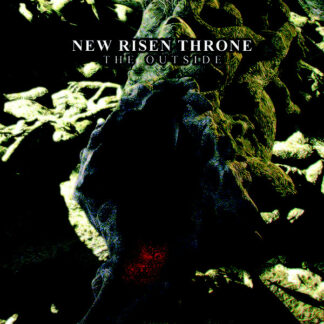