Karol Skrzypiec returns with a new album to the Zoharum fold. This artist, consistently following the path chosen by himself, discovers new areas with every new recording. In his compositions, synthetic structures increasingly give way to acoustic instruments. Not only does it give a different quality to his music, but also affects a completely different reception of it. Nowadays it is more spatial, has richer arrangement and boldly goes beyond the former structures that have been associated with the INNER VISION LABORATORY project. It would be difficult to describe this album as dark ambient. Although it is impossible to deny a composer the skill of building the right atmosphere, he is far from pathos or dark aura. You can find a note of melancholy, thoughtfulness, a space for reflection, but with light seen from a distance. Who knows – maybe it is an attempt to reconcile with the inevitable, with the thought that all that touches us serves the purpose of going further? To sum up, „Continuum“ is an album of many sounds, colours, moving not only by the richness of sounds, but also encouraging reflection and bringing solace.

The album is released in an ecopak limited to 300 copies. 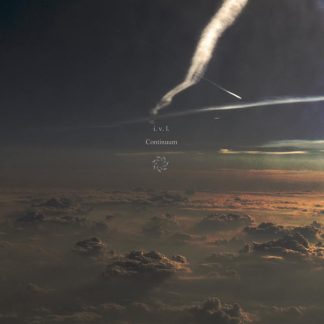