HV15, Digipack, 42 minutes
>
> The album, four years in the making, serves as a bridge between the past and present, explores the question „What is sacred?“ and dives deep into anger,
> personal turmoil, and retribution. At it’s core, „Hallow“ is a dark folk album. Though, as on previous In Ruin releases, elements of metal and classical music
> can be heard. The album features guest appearances by Richard Leviathan (Ostara), S.P Haché (Night Profound), Michał Krawczuk (By the Spirits), and
> Kim Larsen (Of the Wand & the Moon). Furthermore, the album contains a cover version of a Darkwood track. In Ruin’s latest full-length release was
> 2016’s digital compilation „Wounds & Scars.“ The band last collaborated with Heidenvolk on 2008’s „A Ghost to be Forgotten“. The current CD comes in
> a very beautiful digipack. 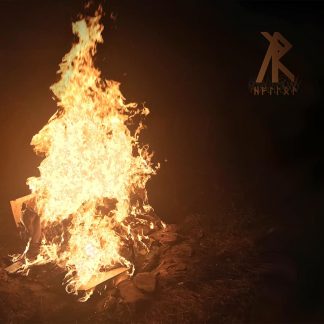