DIFFERENT STATE is back with the new album. A continuation of the last year’s ‚Enormous Components of Motor Unit vol. 1‘. Although both of these materials were created in a short period of time, they differ significantly from each other. In here the acoustic parts developed in the previous part give way to a raw drones resulting in quite corase and electric sound. Psychdedelic aura known from the previous part disappears here in the density of outwardly chaotic, trance inducing loops which determine the nature of the album, more predatory, full of emotions, well presented through music and text.
In this short time, the artist’s form of work also changed. The previous part ripened slowly, changed in the following stages from the idea to the new arrangements, while on the new album we get a record of several sessions, recorded shortly after each other, reflecting the spirit in which they were created in order to capture that time, place, circumstances and experiences.
„Enormous Components of Motor Unit vol. 2“ is an extremely personal album through which the author tries to redefine the current system values, using his latest experience.
Like the first part, „Components of Motor Unit vol. 2“ is released in a limited edition of 250 copies, in a hexagonal ecopack. 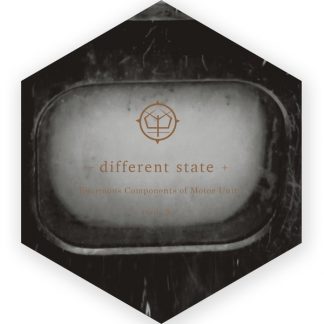