Following last year’s reissue of Legion’s “False Dawn” in anniversary 2CD edition, Andrew Lagowski returns to Zoharum with an album of new music. It is his first physical album in 7 years under his own surname following “Temporary Distractions” released in 2006. In the meantime, he’s been busy with live gigs, his arctic ambient project S.E.T.I. and reissuing his older material as Legion and Nagamatzu. “Redesine+” is his return to the dormant post-techno side of his music. It’s very hard to pigeonhole Andrew’s music. From sterile cold wave through underground techno to icy dark ambience, and that’s just the tip of an iceberg. As Lagowski, he penetrates the world of rhythms and digital electronics as opposed to ambient albums by S.E.T.I. and defunct Legion. On his new solo albums he gathers 13 songs (79 minutes of music!!!) where he teases us with a myriad of sounds, samples and beats. Retaining the traditional elements of 1990s IDM and techno, he filters his music through an ambient sensibility, thus creating a completely new sonic spectrum. A very strong release in Lagowski’s discography and one of the best releases in Zoharum catalogue. Mastering: Łukasz Miernik This release is presented in 6-panel ecopak and is strictly limited to 300 copies worldwide Zoharum Zohar 056-2 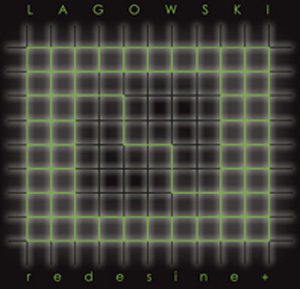