Finally, after years of delay, O Ajuntas das Sombras by Portugal?s Wolfskin is finally unleashed. Initally intended to be a re-issue of 2001?s lmtd CDr The Gather of Shadows by the Setting Sun (Ajna), it eventually evolved into a re-working of three tracks from that release, complimented by 7 newly recorded tracks. As the Wolfskin era comes to end, this release represents a glimpse into their past? A more organic, flowing ambient record than what you may find today, and perhaps the least conceptual of all their releases. That being said, it most certainly will go down as one of their more stunning, darker visions; a masterpiece of shadowy atmospheres and drifting currents, featuring multiple layers of archaic sounds, foggy, nebulous textures, and ritual invocations, perfectly combined to form a release of intense depth and complexity. In elegant 4 panel digipak designed by A. Coelho. O Ajuntar das Sombras is Wolfskin?s fourth full length CD, following releases on Cynfeirdd, Essence Music, and Neuropa. (Malignant) TumorCD22 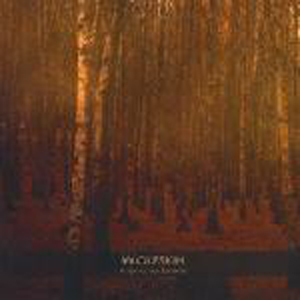