Verney 1826s new album is nothing but a masterpiece of orchestral arrangements, neoclassical influences and an overall martial and almost cineastic gothic atmosphere, which stands out among the current stereotype releases of the Martial Industrial genre. While it’s 2013 released predecessor “Ex-Libris” was a conceptional work of poetry that influenced Lionel Verney over the years, “The Ghosts Of Yesterday” is an album of 17 tracks based on historical events that speak for themselves, offering a wide variety of songwriting skills and numerous guest musicians (among them Schattenspiel, Bjarkan Ar Valda, The Victim’s Ball) that leave their mark on the respective tracks.LICHTERKLANG LK26 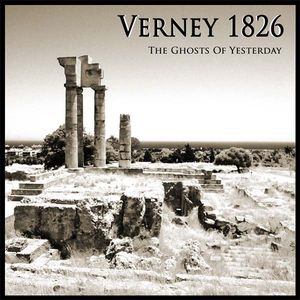