A compilation of covers, reinterpretations and/or transformations of Contrastate tracks in celebration of their 30th anniversary. The inivitation to participate was limited to a select few artists who have over the years, in some shape or form, worked with Contrastate.
Track A1: Recorded in 2016. The original piece “The People Who Read The Books” was from 1997 concerts in Erlangen, Muenster and Nevers.
Track A2: Recorded in 2016
Track A3: Recorded in March 2017. Sound sources: “As Time Began”, “Thirst For Knowledge”, “A Thousand Badgers In Labour” and a self played cover version of “An End marked By Pessimism”.
Track B1: Recorded in 2017. The track originates from the album “A Breeding Ground For Flies”.
Track B2: Recorded in 2017. Sound sources: English Embers/In Absentia – plus original material
Track B3: Recorded in 2017.
Includes a printed inner-sleeve.
Front cover artwork: “Das Tier ist tod”
Back cover artwork: “Perinatale Grundmatrix I”
Insert artwork: “Tre uomini sulla croce”

Tracklist Hide Credits
A1 –Contrastate The Peolple Who Control The Information
Recorded By – Contrastate
5:00 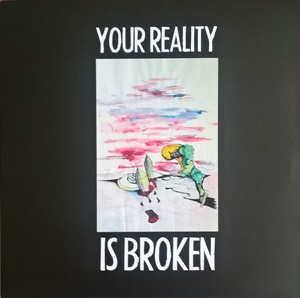