Lim.>500< The Bulgarian Black Folklore ensemble Svarrogh of Dimo Dimov has recorded another masterpiece of Ritual Folk music. "Balkan Renaissance" is already the 4th Svarrogh album under the banner of the god of the sun. This mystic sound-journey drags you along to the ancient heart of the Balkan mountains, its caves, rivers, villages and people with their deep mythological roots. Svarrogh's sound is absolutely unique, not only because of the beautiful mandoline-playing and the bagpipes, mixed with droning synths, which envocate the return of the sun. Svarrogh creates a musical look through a grey window to discover the dark past of Bulgaria's 19th century and its Renaissance, after years of osman opression. On "Balkan Renaissance" you can listen to original passages of famous bulgarian poets and artists like Dora Gabe, Elisaveta Bagryan, Elin Pelin, Dimitar Talev or the amazing poems of Ivan Vazov. On this album, Dimo Dimov also pays a tribute to the genious music of Allerseelen with the song "Kamerad." And as a special feature, the CD will also contain a so called Martenitsi. Martenitsa is a Bulgarian heathen/pagan tradition related to March 1, which has its origin in the establishment of the Bulgarian state in 681 AD. Mart is the Bulgarian word for "March." According to Bulgarian folklore, the month March marks the beginning of springtime. Therefor, the first day of March is a traditional holiday associated with sending off the winter and welcoming the spring. Key-figures in these ancient traditional rites are the Kukeri, the demons who banish winter and invite spring and fertility. The Kukeri are the Balkan counterpart to the Austrian and south Bavarian Perchten. This album is full of traditional-, pagan- and ritual Folk music, Neo-Classical songs, Martial drummings and it has even some Industrial moments. - 18 tracks/73 min. GENRE: NEOFOLK, EXPERIMENTAL 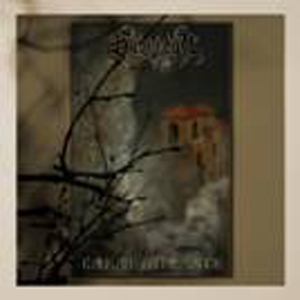