Schrottersburg (city of Płock in German) is well known to post punk fans due to 3 well received albums and a no nonsense demo. What makes them different from the other bands (except for great music of course) is their ability to incorporate other musical genres while maintaining the new wave core. Here post punk meets kraut/space/psychedelic or even noise rock and shoegaze. Those broad interests pushed the band towards experiment where they invited their friends who reinterpreted the songs from “Melancholia” album, which resulted in „Melancholia. Dekonstrukcje”.
New versions of songs range from trip hop, through traces of electro, industrial, experimental (think of shogaze black metal, seriously) psychedelia and mesmeric, trance inducing sounds. Not wanting to spoil the fun we’ll leave those aural pleasures for you to discover.

Album is available in digital format and CD edition limited to 300 copies. 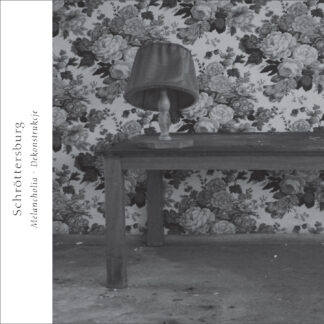