Composed and recorded in 2016.Sa Bruxa is a musical project from the island of Sardinia and it sounds a bit like an old school italian ritual industrial or even death industrial records. A famous italian record label Slaughter Productions was a real source for this kind of music. The main feature for all ‘La Chiesa Del Silenzio’ tracks are boosted synths, ghostly voices and ritual rhythms, dark mystical feeling. Sa Bruxa deals with the infamous catholic mysticism, which probably reached the most extreme forms so far in south Italy . Album ‘La Chiesa Del Silenzio’ can be translated as ‘In The Silence Of Chapels’. It‘s an ideal compilation of strong atmosphere tracks for dark music lovers and it makes even special, because material has been released on an analog tape format, which transmits this kind of music in the most perfect way. 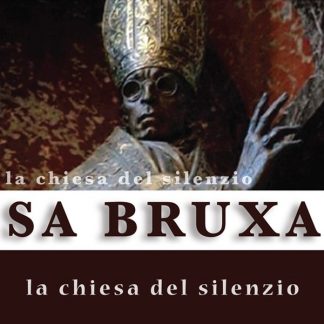