The requiem is dedicated to all children died during the 1932-1933 famine in Ukraine. “Lux Aeterna” is a chamber requiem that follows a classical arrangement with soprano, bass and tenor vocals juxtaposed with angelic chants of the Child’s Choir, piano and organ passages of simple composition yet true purifying power. A collaborative release of Twilight Records and Gradual Hate Records. The CD comes in a grey/black digipak. The Requiem “Lux Aeterna” was originally composed by Mykhayil A.Shukh in 1988. It was premiered in Donetsk (Ukraine) in 1990/1991. The recordings took part at the festivals in Gori (Georgia) and at “Vorsel Meetings” (Ukraine). Re-recorded, re-engineered and re-arranged by Mykhayil A.Shukh & Olegh Kolyada at Oda Relicta HQ in 2010. 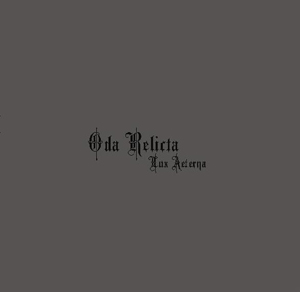