Founded in 2008, Nyodene D has quickly risen in the ranks to become one of America’s premier death industrial/power electronics acts. Each release shows Nyodene D becoming stronger and stronger, capturing the essence of the true old school aesthetic, yet taking it to new realms of intensity and physicality. The 6 tracks on Edenfall are rife with the threat of violence…harrowing, yet majestic in its scope, with scraps of heaving scrap metal and searing tones intersecting with walls of corrosive synth noise and defiant vocals. What separates this from the pack though is its sense of composition and structure, even as it ratchets up into near impossible levels of ferocity, the sounds barely contained as they reach a fevered pitch. Tracks like Nihilation and Borne On Vulture’s Beak show the roots of some of Aaron’s influences, moving into a more unsettling, restrained style of European power electronics, channeling Ex.Order and IRM, with a slower, more surreptitious attack. As a whole, this has to be considered one of the more essential heavy electronic releases ever released under the Malignant banner. Features appearances by Shift, Sky Burial, and Rope of American war metal band Prosanctus Inferi and supreme death metal band Father Befouled. Comes in a full color digipak with lyrics and booklet, with photographs from Stephen Petrus and layout and design courtesy of Andre Coelho of Sektor 304. Also available as a special, limited edition 200 foil printed microboard boxset featuring 5 collaborative and singular tracks between Nyodene D and Portugal’s Sektor 304. Mastered by J. Stillings of Steel Hook Audio. Malignant (TumorCD57) 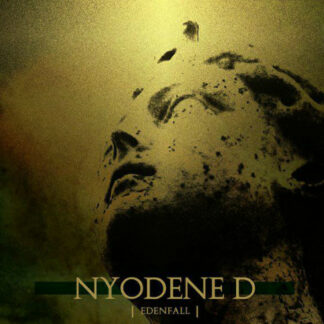