Soundrack for “Stillness”, a series of cinematic landscapes by Esther Kokmeijer, filmed in the Arctic and Antarctic
When making these soundtracks, the idea was to guide the viewer through the images with a sense of abstract story telling. Instead of the original first thought of making dark, cold soundscapes, the bleak mountains of ice are now colored by lush arrangements and even quite romantic themes. Esther and I released the videos on a usb-stick, in a limited edition of 100, that was sold out in no time. Now the scores are presented on ‘Stillness Soundtracks’, including two exclusive tracks. It speaks for itself that there’s no better label to release this then the Glacial Movements label, so I couldn’t be happier. ” Rutger Zuydervelt, April 2014.
Label: Glacial Movements
Catalogue number: GM022 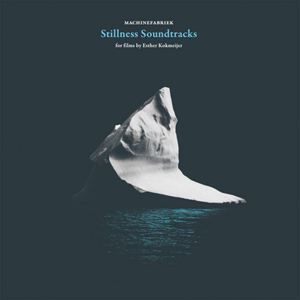