“Something Between” is the second album of Makemake, a new project collaborating with Zoharum. The project plays sounds in the region near free impovisation, electroacoustic music and psychedelia.
The album was recorded in October 2016 in the CK Agora theatre hall in Wroclaw. Thanks to recording in such a specific, large room, a very interesting sound was obtained. Additionally, the recording of the instruments was done on 9 microphones in different parts of the room. The mix and mastering was taken care of by Michał Kupicz, who gave the album a specific spatial sound. The material is different from the one that can be heard on the debut album “From the Earth to the Moon” (MC, Złe Litery, 2016), which was entirely a recording of the free improvisation session. The second album is dominated by “open compositions” in which there are tangent / joint points, and the rest is built around improvisation. “Something Between” uses prepared electric guitars plus electronics. 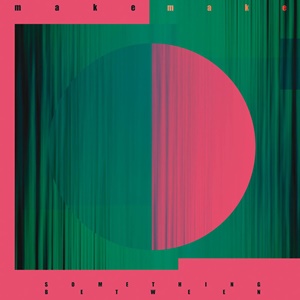