Sandy Nys talks about the album: “Music for Rituals was first released in a hand-made pouch, on the German label ARTWARE. The music was like the first tape release, made in different places with different people on a 4-track Tascam cassette recorder. I also started making mail art music with musicians from far away in the world (no Internet back then) sending basic music on cassette which I used in the compositions. In this music, Yasnaia and her cello + voice became prominent as we started working together. The rarities cd contains some stuff I did with Alpha Project aka Mark Burghgraeve (Somnambulist, Mbryo, Klinik etc..). The saxapulation project was a mail collaboration with Barry Edgar Pilcher. A saxophone player from the UK, sending me sax improvisations on cassette. From those pieces I made small samples with a Korg delay capable of making samples of a few seconds ( remember it were the 80 ties!). I mixed them together on the 4 track cassette to new sounds and compositions. It was released as a tape on 3RIOTAPES. From than on Barry started to be a Hybryds member with his sax contributions on the Hybryds releases. Beautiful girl hunter: I met Michel (I forgot his second name) in a pub in Antwerp. We started discussing astrology as he claimed to be an excellent astrologist himself. At the end of the evening after lots of drinks he told me he was building and playing kotos. A few days later he came by with 2 beautiful crafted kotos. It was a pity we only had an afternoon time, he showed me how to play this wonderful meditative instrument. We played a lot, but I did not record much, thinking this could lead to a new music collaboration. But Michel just disappeared out of my life. Another meeting in those times happened when I was running a video renting store and he rented some weird underground stuff. “Girl Hunter” was a strange SM video from Japan. I mixed the voices of this movie on the few recordings of koto and some cello pieces from Yasnaia to create a fantasy world, the soft meditative music with the exotic Japanese voices telling weird stuff about life, sex, pain, lust and death. Luckily, the movie had subtitles and you can find it now on the Internet. The track disappeared unused in my archives and was specially remixed from the original 4-track cassette for this CD. This album 2CD is packaged in a digipak limited to 500 copies. ZOHARUM Zohar 059-2 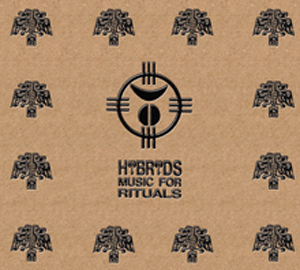