The album was originally released on Nefryt on a CDR limited to 250 copies. Now it sees the light of the day again, with new cover, new master and additional tracks from “Recycled Magick Emissions” MCDR (released on Nefryt sister label-Malachit.) Despite the years, the material gathered here is still sparkling with untamed energy of acoustic sounds. The musicians built their own sonic constructions and used exotic instruments in an intriguing way. “Zero Coma Zero” is a study of dying, death and rebirth-the objects used on the recording were either archaic ethnic instruments or they were found in the junkyard. Both releases gathered here (plus the Drone 7″ single) were groundbreaking in the history of HATI. “Zero Coma Zero” album established the project’s position on the music scene. Zoharum ZOHAR 050-2 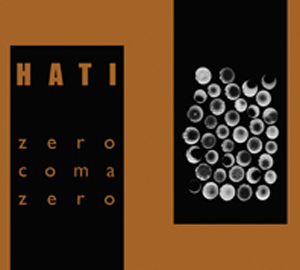