It has become a sort of tradition that every year during first days of autumn we release at least one part out of GT Archive Series. Keeping this tradition alive we present you seventh instalment of this series that is “Strychnina”.
“Strychnina” being one of the most important albums in vast Genetic Transmission discography, originally was released in 2005 as CD-R via his own imprint Die Schöne Blumen Musik Werk. It consists of 2 compositions about 20 min each which suits perfectly vinyl format. Wax version of this release has been discussed for a long time and for a number of reasons couldn’t work out. Until now.
Strychnina” CD edition is available in two strictly limited to 200 copies. 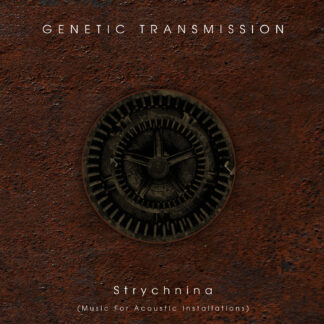