(After 18 years) Furvus returns with an new majestic album full of sonorous shades, orchestral / choral arrangements and an epic vein worthy of a soundtrack. Highly recommended for all fans of orchestral and epic Neoclassic in the vein of bands like Elend, Death in June, Rosa Crux….
“Aes Grave” is the follow-up to the majestic “Deflorescens Iam Robur” album by FURVUS from 1999 (which still is considered by critics and listeners as one of the cornerstones of the Neo-Classical music).
What the time doesn’t erase, is strengthened in the memory: the memory of loved ones, of lost faith and the blood shed
which is now outlined through this journey inside the music and moral heritage of the past, going beyond the Pillars of Hercules of any religious or political belief.
From theophany to solipsism, the wayfarer’s catharsis takes shape across the project’s sound textures, epic and introspective as yesterday,but today also tinged with shades ranging from conviviality to more majestic chorality.
All made with a balanced use of computer (each vocal part and acoustic instrument is sung / played by the musician) on a substrate of Concrete processing. A sound katabasis down to the hell of one’s emotional intelligence with an obol perhaps too expensive to be paid … 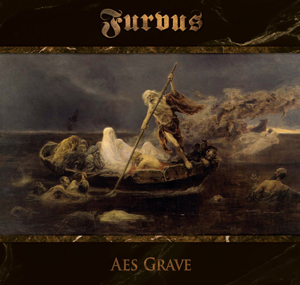