108 is the diabolic passion we need to fight everyday to turn ourselves into Buddah. 108 is also a magic and exoteric number present in many mystic religions and cultures. All you need to discover about the real nature of this world : pure fiction ! Two cover songs about the diabolic passion from great Italian artist of the 70’s like Biglietto per l inferno and Franco Battiato. 108 are the evil passions that beset us and we must battle to become Buddha. In Japan, a bell ring 108 times in order to finish the old and welcome the new year. Each stroke is one of 108 earthly temptations a person must overcome. 108 are the techniques of karate and 108 are also the parts of the Buddhist rosary (Japa Mala). This number is often used in the Buddhist religion as well as in Hinduism and its considered sacred to many peoples in the East. The Hindu Kshatriya Dhangars have 108 clans divided into solar and lunar dynasties. They speak from a thousands of years of a knowledge and a scientific fact known only in the past centuries: the diameter of the sun is almost 108 times the diameter of Earth, the distance from the Sun to the Earth is almost 108 times the diameter of the Sun, and the average distance from the Earth’s Moon is almost 108 times the diameter of the Moon. We were fascinated by these astral and religious coincidences and 108 from Ballo delle Castagne is only one a chapter devoted to human evil in all its manifestations. In this context, we must frame the band as a tribute to the Biglietto per L inferno or 70 years of Franco Battiato La Convention/Paranoia. Even today many of these remain unknown and unacknowledged masterpieces to the Italian public as well as their authors. We therefore recall a time full of hopes and dreams for millions of men and women, where the utopia of a better world went slowly vanished at the end of the 60ies. As the lotus grows in mud without showing any traces that might betray its origins, its leaves and its stem, while floating in water not wet, so it ‘s also the wise man who lives in the world, but is not of the world. HauRuck/SPQR (HR!SPQR XVII) 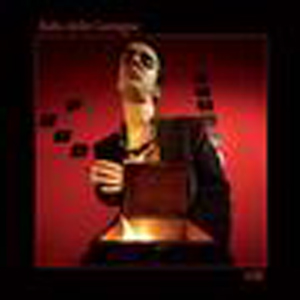