Released in a limited edition of 300 in digi pack with booklet and 4 facsimile WW1 postcards by Ultra Mail productions. The release is also available in various packages including extra merchandise such as usb bullet memory sticks/ badges/ t-shirts/sandbag and fake barbed wire. 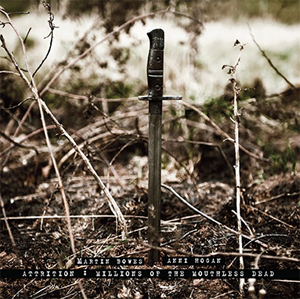