L.ed. 300. LPZG/BLGM is the first Live-Document of Tho-so-AA and also the first full length release on Vinyl. Side 1 was recorded in 2008 in Leipzig at Sonic Lodge Festival and contains special versions of well known, rare and unreleased tracks from the Identify-Era. This was the only recorded Gig with the flutes played by EvaNaRa. Side 2 was recorded in 2004 in Belgium and contains special versions of tracks from Minus and the ultra rare Spoiler EP. 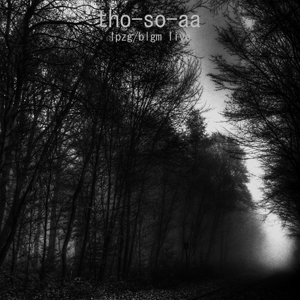