Existing under the radar on the neo-folk scene for the past few years, having played a handful of shows in the US, Denmark and Germany with Blood Axis and Changes as well as opening the Flammenzuaber V festival – the long awaited debut album of The Lindbergh Baby has finally arrived.Recorded in Vermont and mastered at Absinthe Studios by Bob Ferbrache, Hoodwinked offers the listener eight finely crafted songs. Described as „psychoactive folklore,“ The Lindbergh Baby’s sound explores the frontiers of weird Americana weaving folk, gothic and country threads into a quilt of spirited, rebellious rock-n-roll. Steeped in tradition and mystery, this recording comes in a handsome 6 panel digipak with lyrics and photos. Featuring members of Blood Axis, The Lindbergh Baby’s ‚Hoodwinked‘ is certain to please fans across many genres.“ 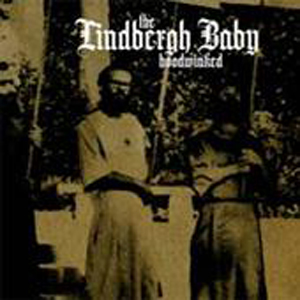