I found an old CD-R seemingly containing the first live recording that i had made with Zbigniew in Japan.
Somehow i tried to mix it. So i copied the data, but what i got through Pro Tools was something different.
What happened! I was always using familiar file names (World as Will.aiff) for everything.
So the file that opened was another recording of same duration of 30 minutes and 26 seconds.
It seems as if Zbigniew were here and said You take the wrong one, Tetsuo!’’.
It was recorded on 22 April 2008 at CSW -Zamek Ujazdowski/CCA in Warsaw. It was probably the best
performance we ever did. We both have scoliosis. He walks very fast and try to keep in step with him.
Every friend following us thinks that we have an identical angle of shoulders, wherever we are.
In London, in Paris, in Stockholm, in Gothenburg, in Wien, in Madrid, in Barcelona, in Santander,
in Valencia,in Zaragoza, in Bilbao, in Berlin, in Frankfurt am Main, in Geneve, in Warszawa, in Lodz,
in Poznań, in Lublin, in Copenaghen, in Aarhus, in Aalborg, in Sao Paulo or in Tokyo. 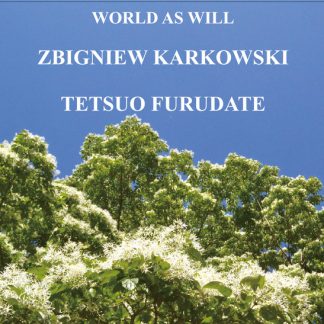