the german duo synapscape by philipp münch and tim kniep became a true
reference at the wider fields of industrial music during the past
quarter century. today they are unleashing their album “the stable
mind”, which is a true sonic melting pot on their voyage of transposing
existing genres into their personal language. on the roots of early ebm
and acid techno minimalism, their notorious and heavy beat structures
have been merged with psychedelic- and industrial sound treatments.
synapscape has a very own and easily recognizable sound dna and remains
such a creative project.

it’s more than simply a fusion between industrial and harder fields of
techno music. it becomes an intelligent and accomplished production,
which hallmark is also the result of tim kniep‘s processed and
syncopated vocals. the presence of rhythmic-noise, tight violence,
electronic zeitgeist, complex characters, idm plot-lines, mystery,
ambiguity and moral ambivalence all come into play. synapscape as we
love it and the way it has to be. 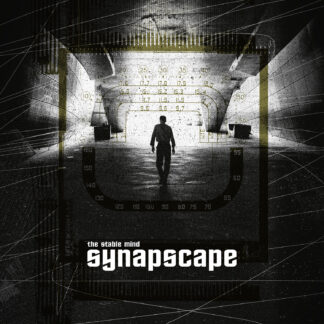