Here’s another one in the reissue series of rare and sought-after albums by Robin Storey, entitled „Darker by Light“. Originally released in 1996, it is a document of the early period of Rapoon’s work. It was full of strong rhythmic emphasis hidden behind the wall of ambient dust.

This desert period of Rapoon’s work falls on the 1990s, from which we have already released three CDs: „Vernal Crossing“ (1993), „The Kirghiz Light“ (1995) and „The Fires of the Borderlands“ (1998). „Darker by Light“ is also a part of this exploration which consists of static walls of sound coming as if from the distance and processed rhythms inspired by ethnic music, sometimes complemented by the sounds of flutes and pipes. This great album, unavailable for many years, is worth another spin.

The CD is housed in a digipak sleeve and the album is strictly limited to 500 copies. The cover is designed by Maciej Mehring based on Robin Storey’s paintings. The album is mastered by Łukasz Miernik. The whole production process is overseen by Michał Porwet. 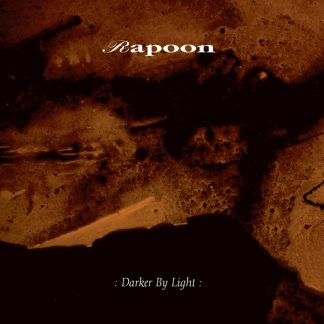