Sleep the Storm’ was recorded November 2, 2012, just right after Hurricane Sandy. Chester Hawkins was driving along the north east coast of the United States after playing some gigs and stopped in at the Pas Musique studio for a recording session. He was lucky in his travels to avoid any damage from the storm. Some overdubs and samples were added after the initial recordings and weaved into what is now known as ‘Sleep the Storm’.
Full track listing:
1) Mantis
2) Claustrophobia of the Mind
3) Slow Fire on the Moon
4) The Voice in Lovecraft’s Head
5) Who among us
6) Sleep the Storm
PAS Musique is a Brooklyn, New York based collective out to create audio/visual collages through the form of abstract sound and video, since 1995. PAS Musique’s main members include include Robert L. Pepper, Amber Brien, Jon V Worthley, and Michael Durek. PAS Musique have 16 full length releases and have performed in 14 countries. Past collaborators include Rapoon, Philippe Gerber, HATI, David Tamura, and Philippe Petit. PAS Musique also coordinate the yearly Experi-MENTAL Festival and various music nights around the New York area.
Chester Hawkins has been active in the Washington DC experimental music scene since 1985. Using an arsenal of electronics and modified stringed instruments, Hawkins’ sound ranges from heady krautrock-inspired jams to glacial drone, kosmische excursions, musique concrète, and pastoral psychedelic levitations. In 2013, his most well-known project (Blue Sausage Infant) was retired in favor of going under his own name, producing more intimate and focused electronic music which balances heady escapism with paranoid tension.
Ultra-Mail Prod. (U.M.P. 035). 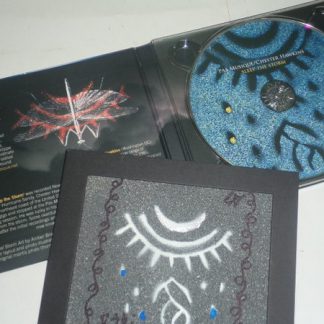