NNHMN – CHURCH OF NO RELIGION – MCD

Church of no religion is putting ceremony, liturgy and ritual influences at the forefront combining it with dark synth music which has strong experimental approach and raw Gothic flavour. Gothic in the context the way the Christian Church used it in the middle ages – anything that was uncivilized and any Gothic influence was uncivilized of not of Christianity was condemned witchcraft.
This album is full of rhythmic, but not severe, electronics. The heavily processed female vocals embedded in looped rhythms, buid a kind of trance, a point of passage to another reality. The compositions by NNHMN don’t have much in common with songs. Here the rhythms and melodies are diffused in reverbs, and the multiplied and stratified synth elements seem to have been overheated and later chilled and disperse. Next of classic arsenal of synthesizers one can hear a drum machine built by Dino Sabatini and modified by Laudarg as well as an acoustic ritual bass drum made by a Tuvan shaman Gendos. The term “non-religion” refers to the modern ‘nones’ who are rejecting religions as a source of authority on personal morality. No religion has become the new religion, while “religion” has become something that other people do. Throughout the history of humankind, there always were religion, a cult that had been catapult human being somewhere where the spirits talked, where one could feel something very different than matter. Nowadays we all live in this world which is splitted between raging religious fronts and total yet ostensible liberation, what is left from the greatest longing of humankind? Man needs ritual and dogma, but no law states that an externalized god is necessary in order to engage in ritual and ceremony. Non-religion is a form of struggle against the domination of very strong religious groups, so it is quite militant. 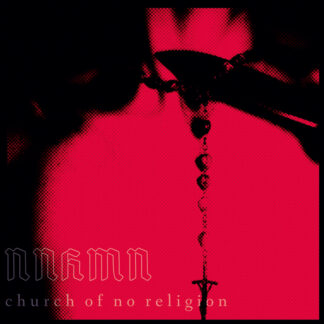