Night Profound’s 2nd release Via Nocturna is the aural result of a wayward journey into the abyss. What eventually manifested is beyond anything we initially thought possible. In the 11th month of MMXIV, Night Profound literally set sail for a nearly abandoned gulf island in British Columbia. The destination was a decrepit, partially defunct wooden church. We reclaimed this sacred space in our own vision, and converted this house of god into our own Temple of the Black Serpent.

In hermetic abscondence, a straight 13 hour recording session took place throughout the night. The initial solid base of acoustic guitars and drums came easy. But, as the evening descended into induced madness, the artistic spiritual conduit was established. As members of our party swam in and out of conscious intent, the veil between Music and Will diminished. Every sound represents a higher state achieved. Every sound captured in that space is preserved here.

While some elements were added in the Serpents Lair studio, a piece of that joyous madness and evoked living Will remains embedded in each movement. We consciously have not added additional instrumentation that wasn’t available to us in that church. 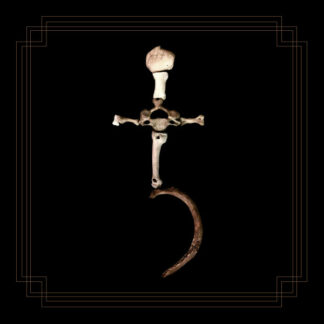