NARROW – FROM DIY WITH LOVE – LP

12-inch LP, white vinyl, in printed discosleeve + special fold-out sleeve, 1 insert limited edition of 310 copies Treue um Treue is very proud to present the first official vinyl release of the now defunct Croatian duo NARROW. Born in the late 90s, NARROW retired last year after over a decade of sonic excursions, and no less than 14 self-produced cassettes and CDRs on their home-label Aside Thorns. Inspired by the collage and improvisation aesthetics of the likes of TG and CABARET VOLTAIRE, the music of NARROW is pure DIY, acknowledging cut’n’paste and lo-fi analogue sound processing as both a working method and a source of inspiration. No studio and hardly any computer here: the duo’s weapons of choice are a couple of tape decks, an old walkman and actual synths and effects with which they create a sound that takes us back to the heyday of tape-industrial. The 10 raw gems selected for this requiem are highly rhythmic, noise-informed minimal pieces, sometimes mutating into catchy electro songs which carry in them both post-punk echoes and angst-pop promises, and should appeal to ESPLENDOR GEOMETRICO, BLACHKOUSE, early PORTION CONTROL and MENTAL CODE enthusiasts alike. 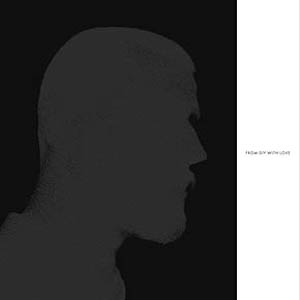