„Frequency L.S.D. is the best Masonna CD ever, and one of the top five noise albums of all time“ (Matt Kaufmann, Exile Osaka).

„The cult icon of Japanoise once again makes another proverbial anti-statement with his uniquely harsh blend of screams, feedback, and constantly changing blasts, rumbles and blips of sonic destruction… The main attraction of this release to new and old fans alike is the use of 60’s psychedelia in the warped textures of sound laid out in each track. Instead of being treated to a barrage of uncontrolled, harsh, and maddening noise, we are treated to lengthy explorations into the joys of warped synthesizer repetition and digitally altered radio frequency loops… the best noise release put out by any artist and, after just one listen, it’s not hard to hear why.“ (Chronicles Of Chaos) 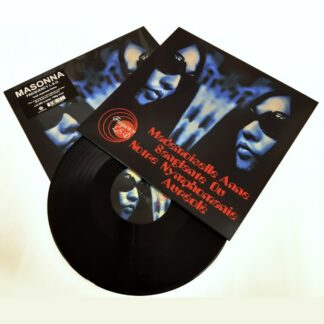