FIRE IN THE HEAD – CONFESSIONS OF A NARCISSIST – CD

Confessions Of A Narcissist marks the final full-length release by Fire In The Head ending six years of sonic warfare with an assault of manic, self-indulgent industrial electronics. Drawing as much influence from early punk/hardcore as from industrial/power electronics, FI/T/H was conceived as a cathartic outlet to explore and ratify the delusions and social perversions resultant of psychosis and the darker side of man’s conflicted dual nature, to fan the flames which engulf the borders between obsession, compulsion, lust and need. The tracks on this release were recorded in 2007-2008 and are the last of the “short, sharp, shock” vocal tracks which Michael abandoned in favour of “epic” length industrial/ambient compositions. Features guest appearances from Nick Blinko (Rudimentary Peni) and J. Randall (Agoraphobic Nosebleed), with exclusive artwork from Blinko. CSR120 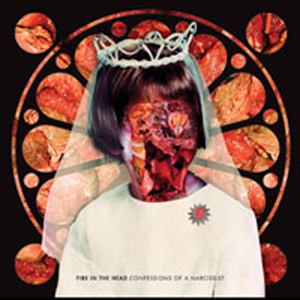 Du siehst: FIRE IN THE HEAD – CONFESSIONS OF A NARCISSIST – CD 5,00 €
In den Warenkorb