Lifeblood” embodies a yearning to ascend beyond the physical realm. “Lifeblood” is the razing of paths that lead us back into an oppressed state. It is both an expressionist document of L’eclipse Nue’s continuing transition into American life, and a living, mutable organism.

One of the things that is relevant to L’eclipse Nue is the concept of the imprint that a particular location can make upon a recording. This idea continues to carry weight on „Lifeblood,“ the tenth L’eclipse Nue album. Most of this album was recorded in my apartment in Hartford, CT throughout the first half of 2018. The only exceptions to this are the contributions that Daniel Vice and Selvio DIZ recorded in Russia, and the session with Hiko that was recorded in Tokyo back in 2016.

This particular apartment building was built in the 1920s, when Hartford was a very different place. In 2018, most of the residential areas of the city are neglected remnants that echo a more prosperous time. Yet there is still life. The sidewalks are in disrepair, but between the cracks something grows. It is a different kind of life than what was here before, but it is life nonetheless.

Another of the aspects of “Lifeblood” that makes this particular album special to me is the people who contributed to it in various ways. 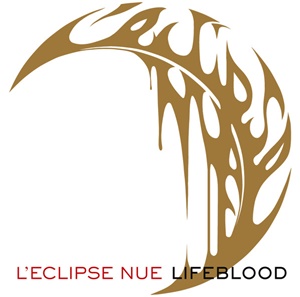