La Pietra Lunare’s debut is a concept album dedicated to the mysteries of Italy. It tells how, in the years between the two wars, in some small villages of the south it was believed that magic rites and amulets could have some form of will on daily life.Taking inspiration from some cult italian books, such as Tommaso Landolfi’s homonymous novel, these song show how neofolk music has an esoteric origin through their real popular beliefs. Recorded in five years, the album includes guests from the italian neofolk scene, such as Egida Aurea, ZSP, Lupi Gladius and Antiqua Lunae. Their genre could be a strange kind of neofolk called “verist post-folk”. 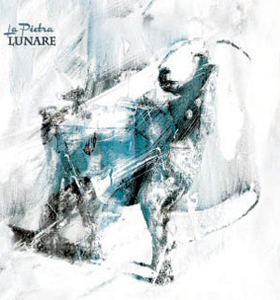