JOHN AVERY – JESSICA IN THE ROOM OF LIGHTS – LP

GENRE: DAR AMBIENT, EXPERIMENTAL
*Reissue of this largely unknown yet spellbinding touchstone in the canon of Sheffield’s industrial music heritage, the album was recorded in 1986 as a soundtrack to a theatre performance recorded by John Avery, a contemporary of Cabaret Voltaire and Clock DVA. Cut to Vinyl at D&M and reissued in a limited run of 500 copies* Forced Nostalgia’s latest release is this uncannily affective and morose album recorded by John Avery in 1986 to soundtrack to a theatre performance ‘Jessica In The Room Of Lights’ by the coincidentally named Forced Entertainment company. Avery employs piano, synth, tape and FX in chillingly purposeful union to reflect the piece’s storyline, itself centred around a cinema usherette for whom the lines between fiction and reality become blurred, and its intertwined themes of failed romance and the infidelity of memory. It’s a largely unknown yet spellbinding touchstone in the canon of Sheffield’s industrial music heritage, coming from a latterday member of Hula, the steel city unit based at Hula Kula – a villa shared with various notables such as Stephen Mallinder of Cabaret Voltaire and Clock DVA’s Paul Widger. Recording at Sheffield’s Vibrasound studios, Avery casts a lonely shadow from solemn solo piano figures, mottled electronics, and Spanish and fretless guitars, layering possessed chants and disembodied voices amongst the gauzy atmospheres, crawling thru the ether-dream ambience of ‘Do This To Another Human Being’ across the desolate tract of ‘Selling Plastic’ to the melodic salvation of the title track, looping a chilling synth hook to the bewitching vocals of Catherine Naden. But it’s a brief window of light, preparing us for the sepulchral descent into ‘Zero, Zero One, Zero One, Zero One’ and the windswept moorland isolation of ‘The Day Serenity Returned To The Ground’, to leave us with the plaintive and emotional piano articulation of ‘Almost’. It’s an unusual, deeply affecting recording that comes highly recommended to those of you who have been following this excellent label or, indeed, if you’re into the works of Coil, Throbbing Gristle or even modern counterparts such as Kareem or Max Richter. 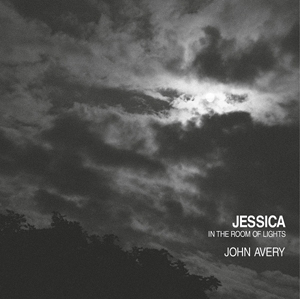