‚Last‘ is the latest Genetic Transmission album. Distributed only as a handful of CDRs a few years ago, it is only now that it appears as a regular CD release as part of the IYHHH series.
The idea behind the recording of this material was to the creation of sonic miniatures, short forms created from the acoustic preparations or electro-acoustic sources resulting in numerous sound experiments which Tomasz Twardawa has been known of. As a result, the album is composed of fifteen tracks in total, mostly shorter tracks, which are more than one hour of music.
‚Last‘ is the end of a chapter, as the title indicates. This is the last studio album in the discography of Genetic Transmission. This one is the end and the summary of Tomasz Twardawa’s activities under this banner. And also the last, 9th part of the IYHHH series, presenting interesting discoveries or unusual sounds from Polish artists in an unconventional way. 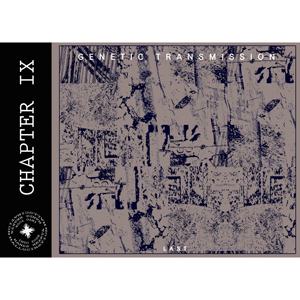