I/CON is an exploration of religion as a both a catalyst for mental illness born of the human condition and as a disease itself. These are the incessant and uncontrollable screams of a deified ego mired in its own fallacies, of the pious and the possessed, of hypocrisy and holocaust, of resurrection and insurrection, of suffocating paranoia and immaculate deception, a final descent into a mind consumed with lies left to putrefy since youth, a head first plummet into the burning depths of malignant neuroses where the borders between reality and aberration have been razed, a maelstrom of auditory hallucinations and recurring apocalyptic nightmares. The dark ambient interludes of previous F/I/T/H releases are absent from this release having been replaced by a highly hysterical hallucinatory component resulting from the use of human voices used as a key of the aspect of the source material. I/CON shunts pure psychosis through eleven tracks of densely layered power electronics/industrial/noise leaving no room to breathe. 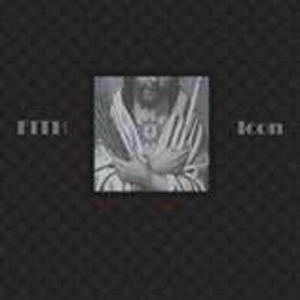