This disc is a joint project of two independent labels Autarkeia and Moontrix. Geid and Dega, members of the industrial/ambient formation MALDUR ATAI, have recorded an album inspired by fatal post-apocalyptic films of the talented Russian director Konstantin Lopushansky. In their musical work, Geid and Dega build the atmosphere reminding of a horrible nightmare where the future can be glimpsed only in eerie fragments of the past. The new post-apocalyptic world is bizarre and hopeless, therefore, the surviving people dream to wake up. Sadly, the dream would not go away. That is a new reality with no existential meaning, an absolute dead-end that has destroyed the majority and made the surviving ones wish for death. The message of the album authors, like the films of the Russian director, is crystal clear: the dream is soon set to become the only prospect of the human civilisation. DIMETH TRIP’s disc Instruktions From Konstantin Lopushansky is a fine industrial/ambient album distinguished by its tough atmosphere and containing a number of samples from Konstantin Lopushansky’s films. Moreover, it is a clear warning that we have come to the limit. Once we step over the line, there is no way back. Master for the record was made by ambient genius Peter Andersson (RAISON D’ETRE). Album’s tracks listing: 1. inter-continental atomic missiles approaching 2. catalyzing consciousness 3. negligence of moral law 4. museum of the dead man 5. radiance of infinity Album „Instructions From Konstantin Lopushansky“ lasts for 48 min 48 s. Lim. E 200. 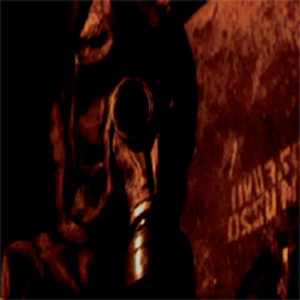