Available now is the inaugural release from NOVICHOK… Debut from End Projekt – new Sydney industrial band formed by Tone Generator (SPK), Sys_Frank (Bloody Fist Records act) & Hirofumi Uchino (Defektro). On their first release, with the track „Fear“ they offer their take on the current information word virus saturating the globe. Various noise generating machines made by Defektro and synths are active at the same time, EMS Synthi – Erica – Roland SH-09, creating an eerie acoustic environment with a low-level tension. Background autonomic tone firing constricts things for a certain continuous dystopic atmosphere. This needs to be heard to be believed. On the flip is a collaboration between Ebola Disco & Browning Mummery that is a roaring tribute to the late great tractor brand, Massey-Ferguson. Spuming with their trademark enmity; short & direct noise that accelerates with blunt force that has the ability to generate a more localized response than anything longer might be capable of… The two sides could not diverge more from each other, but that is how they go together so well; that is what’s on offer on this 7″, two Australian power electronics/harsh industrial noise groups‘ new works; recorded in 2020 and finalized early 2021, buy one – get two! 157 pressed, all black vinyl; with foldover cover sleeve in clear plastic slip case. 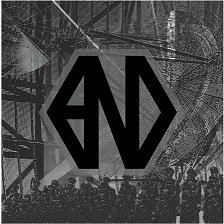