This album is inspired by life and works of Nika Turbina – a poetess who started to write grown-up tragic poems when she was only 4 years old. „This is not me writing, this is God leading my hand“, – the small girl used to say. First Nika’s book of poems came out when she was only 9, and was later translated in 12 languages. After living pathologically strange life, receiving the most prestigious poetic prize „Golden Lion“, and being held in mental hospital, at the age of 27 Nika tragically died falling down from the 5th floor window. 12 tracks album has been recorded using Tesla LF generator, vinyl record „Nika Turbina reads her poems“ (Melodiya, 1982), sandpaper, toy instruments, old records, metal objects, plug-ins. The result is a thick surrealistic sound construction creating the atmosphere of unbearable nightmare and glutinous madness. Limited numbered edition of 509 copies. Aquarellist Aquarel 02-05 IND 052 CD 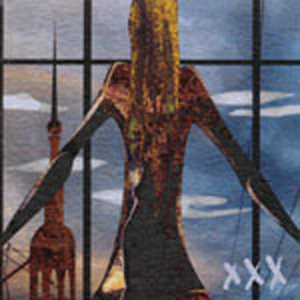