debut CD from a promising Russian newcomer. D.J. GOLUBb isn’t a DJ as it would may seems – the name just means „Destroying Justice Dove” and he writes and plays his own music, being one of the favorite live acts on the Russian dark dancefloor. Many of this album’s tracks such as „Reason”, „Beat Of God” or „ListenTi” are already well-established club hits here and the crowd is always active when they are playing. Musically it’s a mix between dark electro patterns, trancey loops and catchy poppy melodies layered into thick danceable basslines and sometimes noisy straight beats. „Generation Of Bastards” could be a good break in-between listening to more harsh and dark noisy stuff – it gives some rest to the ears with its clear sound, still keeping the power and mood of true violent distorted beatz mayhem. Tesla nT03 IST 053 CD 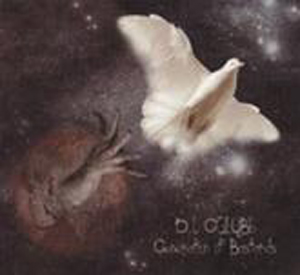